The Big Five is comprised of, you guessed it, five African animals. They aren't the most fascinating, the most endangered, or even the largest.

Can you guess why they're called the Big Five? We'll tell you later!

Arguably Africa's most famous inhabitant, the colossal African Elephant is Earth's largest land mammal, qualifying as 'big' in every sense of the word.

There are two varieties of African elephant: the larger bush elephant you'll see on the plains, and the smaller forest elephant more common in Uganda and Rwanda. Both species are surprisingly good at hiding and can be quite aggressive if provoked. 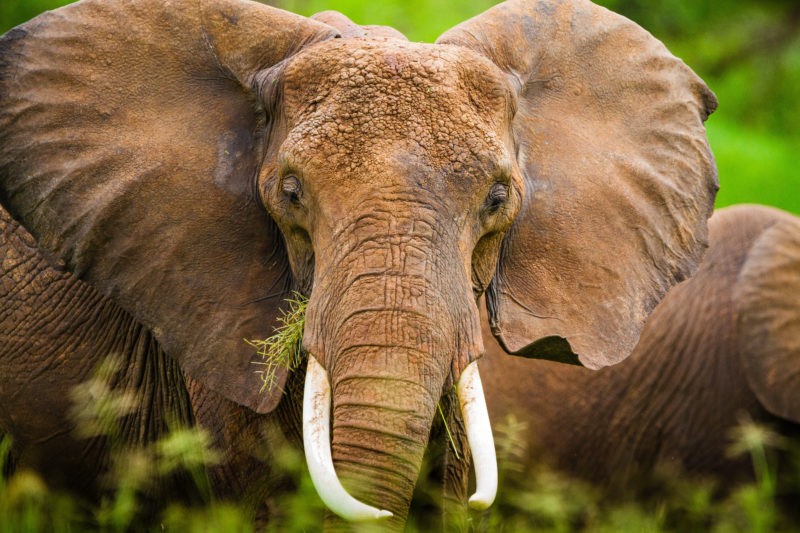 A relatively common sight in both Tanzania and Kenya, the regal lion is a social big cat that can look remarkably like a larger-than-life housecat when they're sunning themselves on rocks or playing together.

The males have gorgeous manes, while the females do the lion's share (pun intended) of the hunting and child-rearing. 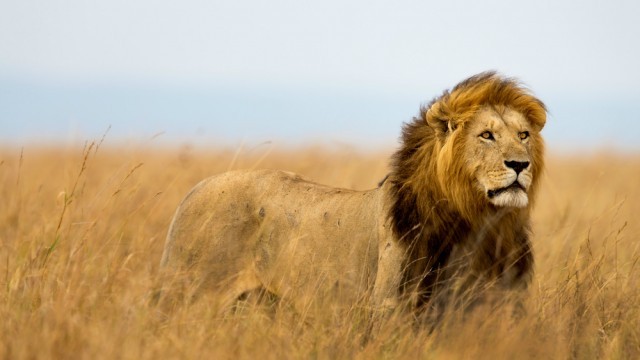 The most elusive of the Big Five, the beautiful leopard are solitary, nocturnal hunters with fantastic camouflage and naturally shy personalities. This can make them immensely difficult to spot while on safari.

Best Place to See Leopards: The Serengeti in Tanzania and the Maasai Mara in Kenya. 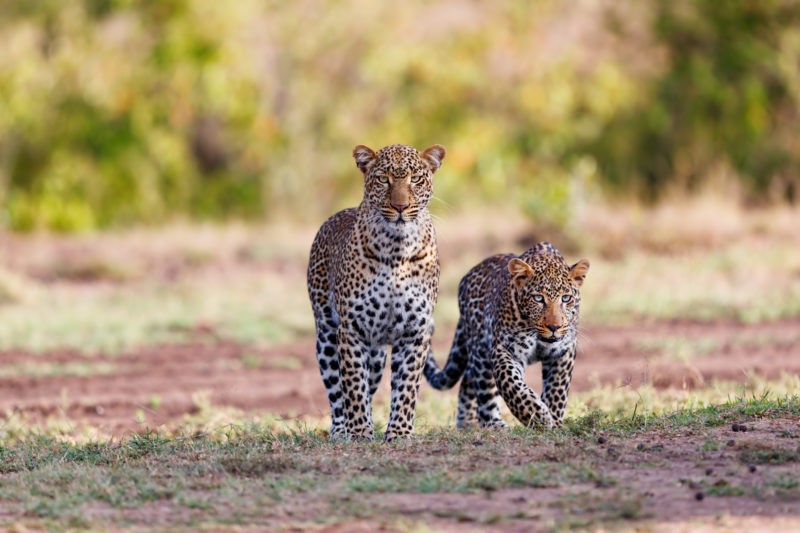 The most endangered of the Big Five, the black rhinoceros is critically endangered due to continued poaching, largely due to the incorrect belief in Chinese traditional medicine that their horns have medicinal properties.

Due to both their low numbers and their natural shyness, rhinos can be immensely difficult to spot while on safari.

The white rhinoceros (Ceratotherium simum), while not a member of the traditional Big Five, is a larger variety of rhinoceros that many people count as part of the Big Five for game-viewing purposes. 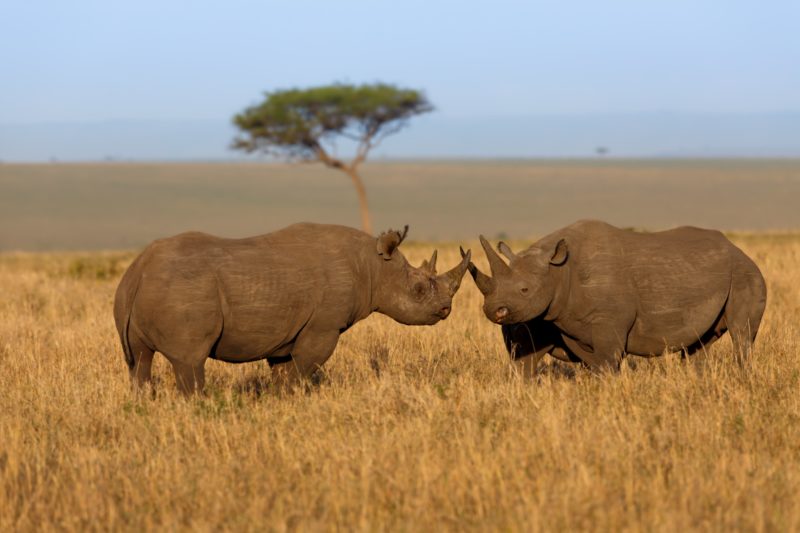 The African Buffalo (sometimes called the Cape Buffalo) is the most confusing member of the Big Five. They're neither endangered nor especially interesting to look at. As you're driving across Ngorongoro or the Serengeti, you'll see hundreds of them.

Best Places to See African Buffalo: Ngorongoro and the Serengeti in Tanzania. The Maasai Mara in Kenya. 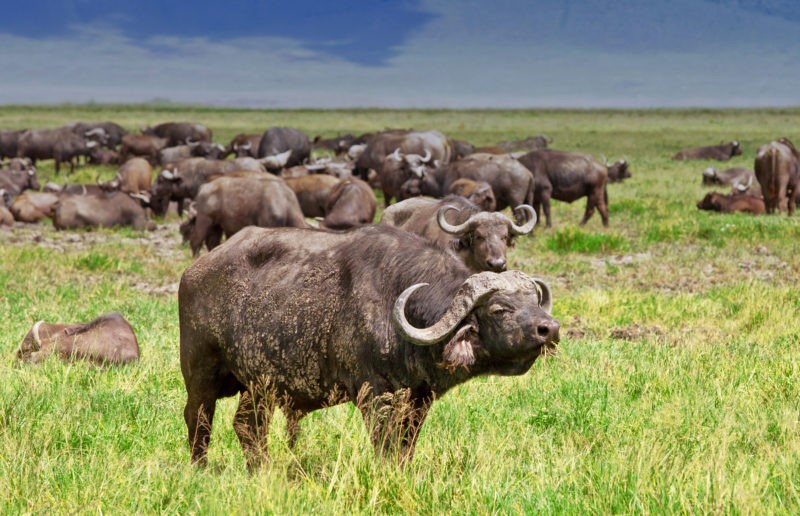 Origin of the Big Five

In the bad, old days, wealthy European aristocrats would fly all the way to Africa to hunt the animals we are now so desperate to protect. What a bunch of jerks!

During this period, five animals began to emerge as the most dangerous to hunt. Whether due to camouflage or aggression, the Big Five were renowned as being the most challenging animals to hunt. Therefore, there was a great deal of prestige to be gained from killing one.

While we've since evolved beyond that primitive pastime, the Big Five terminology has remained. In some ways, several of the Big Five remain incredibly hard to hunt, albeit with a camera. Rhinos and leopards, in particular, can be incredibly difficult to spot on safari. 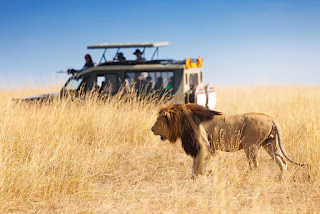 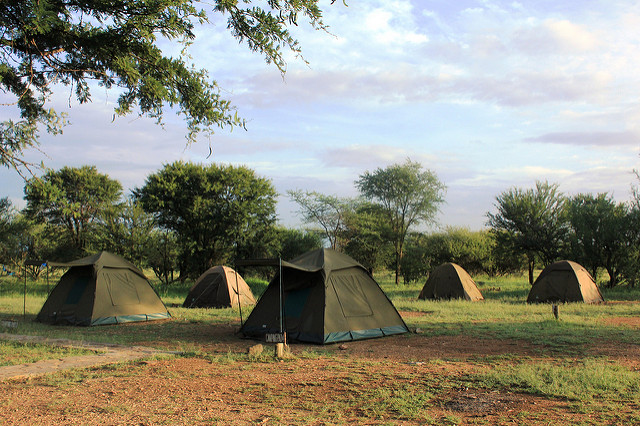 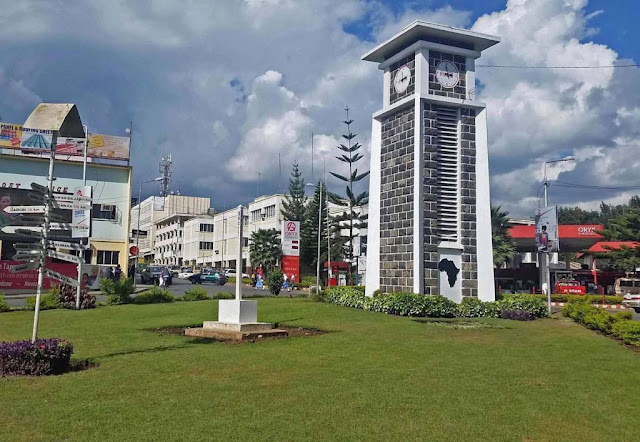 Do you know how safe is Tanzania

Tanzania  is, in our opinion,  safe  to visit. This is even more so if you book an organized safari. Theft and pickpocketing are relatively common in big cities but incidents are easily avoided when using a few simple  safety  precautions. Almost a million tourists visit  Tanzania  every year, and most visits are trouble-free. Below are tips on staying safe in Tanzania. Staying Safe on Wildlife Viewing Activities Your safari guide will ensure your safety at all times – always listen carefully to the instructions and follow the park rules. When on a self-drive safari, never leave your car outside of designated areas and never approach animals too close. For additional tips: Staying Safe on a Chimp Trek Chimp trekking is a very safe activity. Visitors are taken to a habituated chimpanzee community. The chimps mostly ignore visitors and you’ll be able to watch them behaving naturally. A park ranger will brief you on how to behave while close to the chimps to ensure your and their safety.